We will be very careful when working with batteries, because any drop of acid can cause damage not only to the surrounding surfaces but also our clothes and our skin. In the latter case, the skin should be washed immediately with fresh water, possibly with soda to neutralize the acid, or alternatively with plenty of soapy water. When ensure our batteries, we will try to wear glasses on, appropriate gloves and, above all, remember to keep the cigarette away from the area because hydrogen is highly flammable.

When the electrolyte no longer covers the top of the plates, the battery can be considered useless. The electrolyte level should be checked at least once a month in summer, being filled to the required level with distilled water only. Never we used tap water or bottled, because they may contain iron, calcium or chlorine, which can increase the sulfation process and cause premature aging of the battery. Neither should never added any acid thus alter the specific gravity of the electrolyte. In the absence of precise by the battery manufacturer instructions, we keep the level about 15 mm above the plates. This can be verified with a flashlight and making bubbles with the hydrometer, if you have one, to better see the surface.

A gel battery is a normal battery whose main difference with traditional acid is a gelatinous substance containing the mixture of electrolysis. Gases produced during the charging process become liquid within the gel battery. This process, called recombination, prevents escape of gases and is making resulting gel batteries as suitable as service batteries. If the battery has plugs, unusual thing should be always 10 mm of distilled water over the gel so that it does not dry. The gel must be a uniform gray color, the appearance of white spots will indicate that it is drying and the plates are sulfating for lack of water.

The absence of plugs does not mean charge level can not drop dangerously, especially if a leak in the electrical system of the boat. This is a good reason to control these batteries with utmost care. Consider that, like a conventional battery, will spoil if you download up to 80% of capacity. Some of these batteries have a menu that changes color depending on the voltage indicator, but if we want a more accurate indication, we use a voltmeter or, better yet, installed in the electrical panel an electronic “battery test” that will indicate at all times status of all batteries on board very accurately and autonomy in real time.

These batteries are based on orbital technology and gas recombination. Usually AGM (Absorption Glass Mat) technology consisting of a layer of fiberglass is where the electrolyte acts, preventing evaporation and low electrical resistance. This technology was developed in the 80s for the industry requiring maximum reliability. The orbital technology has rolled grids and the active material distributed on both sides, all compressed in sealed and reinforced casings. Recombination technology gas mixture consists of oxygen with hydrogen in the inside of a microfibre separator which prevents any leakage.

These batteries use newly emerging cells and lithium iron phosphate and achieve a substantial reduction in size and weight compared to conventional batteries. They are also distinguished by low self-discharge rate and the absence of so-called “memory effect”. These batteries have within their own electronics that manages the loading and unloading, recording all processes use and protection against any use that could damage it. According to its manufacturer, these batteries offer a life expectancy of up to 10,000 cycles almost twice as gel battery under identical conditions.

If we will not sail during the winter, in small boats, it is advisable to take out the board batteries and store them in a dry place without letting it freeze, (which will not happen if charged well before). A discharged battery is frozen at -7 ° C, whereas a fully charged withstand temperatures up to -50C. So, first the charge with a battery charger plugged into AC power instead of the engine load. If possible, we try to ensure that the charger is charging the so-called three stages. We will stop charging when the voltage has remained slightly above the 13.8 volts for two hours, when the specific weight value has been reached or when the ammeter 1260 charger, if any, indicate only one or two amps. 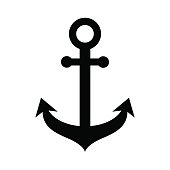 Once this is done, careful to mark with different colors the connections and disconnect endeavor will not touch each other accidentally. A good idea that can save us many problems is to leave the battery in our mechanic, who will keep it loaded all winter.

Watts equals volts per ampere (W = V x A). Watts indicate the electric power consumption of an apparatus. An instrument operating at 12 volts and a current of 10 amps consume a power of 120 watts.

The volt is used to measure the potential difference between two points (voltage). Onboard instruments work with voltages of 12 or 24 volts. AMP is the unit of measurement of electric current.

View all posts by admin